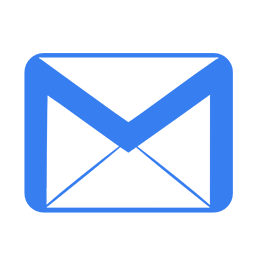 I was born in Boston and grew up in Brookline with my younger sister until our parents decided to buy a home in Newton Highlands because the school system had such a good reputation. Not quite 6 years old, I joined first grade mid-year in my new school.

Those were good years with new friends and neighbors, but money was tight. That part of Newton was not as fancy as others, and seeing other families made me ask questions. To earn extra money, our mom began typing address labels at night, and as soon as my sister received lunch at school, our mom took a full-time job. We were always well dressed but did not have the newer cars, nicer home, or vacations we saw others having.

There was always open discussion about money because the situation required it, and we developed the belief that hard work mattered. One fond memory is shoveling snow and coming home after a winter storm having earned a few dollars. I saved and eventually bought my first big item, a GE black-and-white TV in an orange plastic case costing $84. At age 15, I got "working papers" and a job at the pharmacy down the street. Later, I worked in an ice cream parlor named Bailey's. It was around that time I got my driver’s license and bought my first car, a 1960 VW Bug for $85.

Why is this important? Because it set the tone for a life of hard work, self-reliance, and sensitivity about the differences between people. I often think about how my life's work has followed the path that was revealed in junior high school. The aptitude tests suggested my ideal occupations were farmer and clergy. Looking back, I now see why. Farmer came true for me through my work in the garden center. Clergy is in all my work from hiring and staff development to deep feelings for my clients. My path has been very rewarding. I still love working in the garden, especially growing perennials and bulbs.

After receiving my BA in economics from UMass Amherst and taking a couple of trips to Europe with a backpack, I decided to apply for work in the largest garden center and greenhouse operation in the area. By age 25, I was chosen to open, staff, and manage a brand-new garden center in Morristown, New Jersey. I had hair, a dog, and was doing what I loved.

Two years later when in Boston, I saw an ad in the newspaper for store managers and followed up. The ad was placed by a recruiter for a growing women's clothing chain called The Limited. I felt so out of place in the interview; after all, I was already happy. After I refused the position, they continued pursuing me, and after careful consideration, I moved back to Boston and joined. That 10-year journey took me from trainee to store manager to district manager and to Connecticut, Ohio, and Missouri. An opportunity opened up with the clothing stores named The Lodge at Harvard Square to oversee all 48 stores, and I returned to Boston.

During that time, I met my wife. She was working at IBM with a Monday-Friday schedule. As our relationship developed, I thought about having a schedule like hers. When I found out about The Program for Certified Financial Planners at Boston University, I wanted to learn more. Together, we went to an open house and I enrolled in the first course. In 1994, I passed the CFP® exam and began working with a successful local financial planning firm. After almost 10 years, and deciding to seek total independence, we decided to open our own practice doing comprehensive financial planning and Wells Financial Partners was born. The last 15 years have been very rewarding.

In recent years, perhaps the normal result of growing older, I am interested in history more than any other time in my life. Because I have always had a relationship with my Jewish faith, in April 2016 I completed a 100-classroom-hour course called Me’ah (the Hebrew number 100). We began studying the biblical period then the rabbinic, medieval, and finally modern periods. I am enriched by the challenges of future learning opportunities. In addition to Me’ah, I am a trustee of my synagogue.

More than anything, I love being with my family.  Like most, our schedules are hectic, making our time together even more special.

When in Washington, we were fortunate to have a White House tour. Here’s a photo in the state dining room.

On our first visit to New York City, close to Ground Zero and the Statue of Liberty is the Whitney Museum. This sculpture caught our attention and someone offered to take our photo.

Stanley J Steinberg is proud to have been recognized as a Summit Club advisor for 2019—a distinction based on annual production that places him among the top 19 percent of advisors affiliated with Commonwealth Financial Network.

Each year, Commonwealth, the Registered Investment Adviser–broker/dealer that helps us process investment transactions on your behalf, recognizes Summit Club advisors by inviting them to an exclusive gathering of their peers, leading industry experts, and Commonwealth home office staff. Summit Club advisors benefit from an intensive learning and networking experience designed to help them hone their expertise, share best practices, and provide ever-higher levels of service, education, and leadership to their clients.

Now you know a little about me. If you decide you’d like to contact me and my team, we’d like to get to know you. We look forward to it.

Back to Our Firm